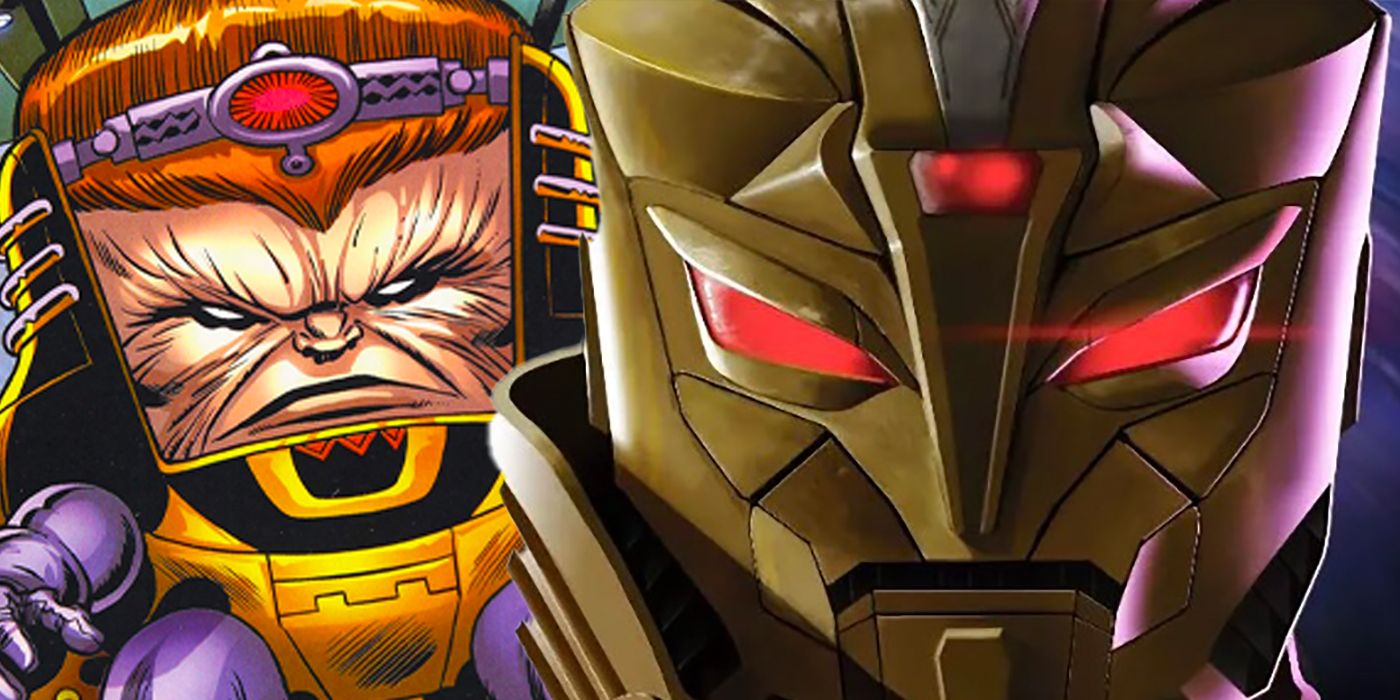 After learning of his inclusion in the film, the Ant-Man and the Wasp: QuantumaniaThe MODOK live-action design has apparently been revealed. Exact plot details for the Marvel Cinematic Universe trio are currently under wraps, though the film follows the titular heroes of Paul Rudd and Evangeline Lilly as they go on an adventure through the Quantum Realm. Ant-Man and the Wasp, along with the latter’s parents, Hank Pym and Janet van Dyne, will come face to face with the powerful time-traveling enemy known as Kang the Conqueror.

Alongside Rudd and Lilly, Ant-Man and the Wasp: Quantumania will feature Jonathan Majors’ MCU returns as Kang the Conqueror, a variant of his Loki role, Michael Douglas as Hank and Michelle Pfeiffer as Janet. The film will also mark Kathryn Newton’s MCU debut as Scott’s daughter Cassie, who acquired a costume similar to that of Ant-Man, and Bill Murray in an undisclosed villain role. Theories continue to swirl regarding Ant-Man and the Wasp: Quantumania‘s, namely the inclusion of an iconic comic book villain, and now audiences can get a first look at their arrival.

Related: Why MODOK Is In Ant-Man 3

After the first images of the film screened at Comic-Con in San Diego, the artist Pranesh Kumar taken to instagram with new Ant-Man and the Wasp: Quantumania fan art. The image shows MODOK’s live-action design for the upcoming MCU trio, seemingly revealing how the iconic villain will appear in the upcoming film. Check out the illustrations below:

In response to a comment on his post, Kumar notes that while the MODOK live-action design seen in the art is “fan art“, he based it on a sketch of Ant-Man and the Wasp: QuantumaniaThe SDCC footage reel, during which Marvel chief Kevin Feige confirmed he appeared, leading to a theory that Bill Murray was cast. Created by Stan Lee and Jack Kirby, MODOK was a man who worked for the arms dealer organization Advanced Idea Mechanics, better known as AIM, who underwent a variety of medical experiments to increase his intelligence, turning him into a big-headed character using a hoverchair for mobility. MODOK has become a recurring antagonist in Marvel Comics, including Captain America, Ms. Marvel, and Gwenpool.

Although the MCU fan art has not been confirmed to be MODOK’s official live-action design in Ant-Man and the Wasp: Quantumaniamany have taken to social media to express their disappointment at the iconic villain’s appearance, drawing comparisons to everything from Bionicle action figures to a Transformer and George Lopez’s Mr. Electric. The Adventures of Sharkboy and Lavagirl. Given that the actual trailer for the MCU threequel has yet to be released and the movie is still six months away, it seems possible that if the live-action MODOK design is real, Marvel could change it to better appease fans. , in the same way. vein like sonic the hedgehog. The public will have to keep their eyes peeled for a proper MODOK reveal before Ant-Man and the Wasp: QuantumaniaReleased February 17, 2023.

Paranormal Activity 7 gets a brutal review from producer Jason Blum

Grant Hermanns is a news writer, interviewer and head of recruiting for Screen Rant, having joined the team in early 2021. In 2015, while still in college, Grant made his film industry debut. entertainment journalism with the user-friendly site Moviepilot until it closed nearly three years later. From there he joined the team at ComingSoon.net and was its associate editor before joining Screen Rant. To say he’s a lover of movies and TV would be an understatement and when he’s not mass consuming you can find him exploring the world of Dungeons & Dragons with friends or slowly going through his notebook. games.