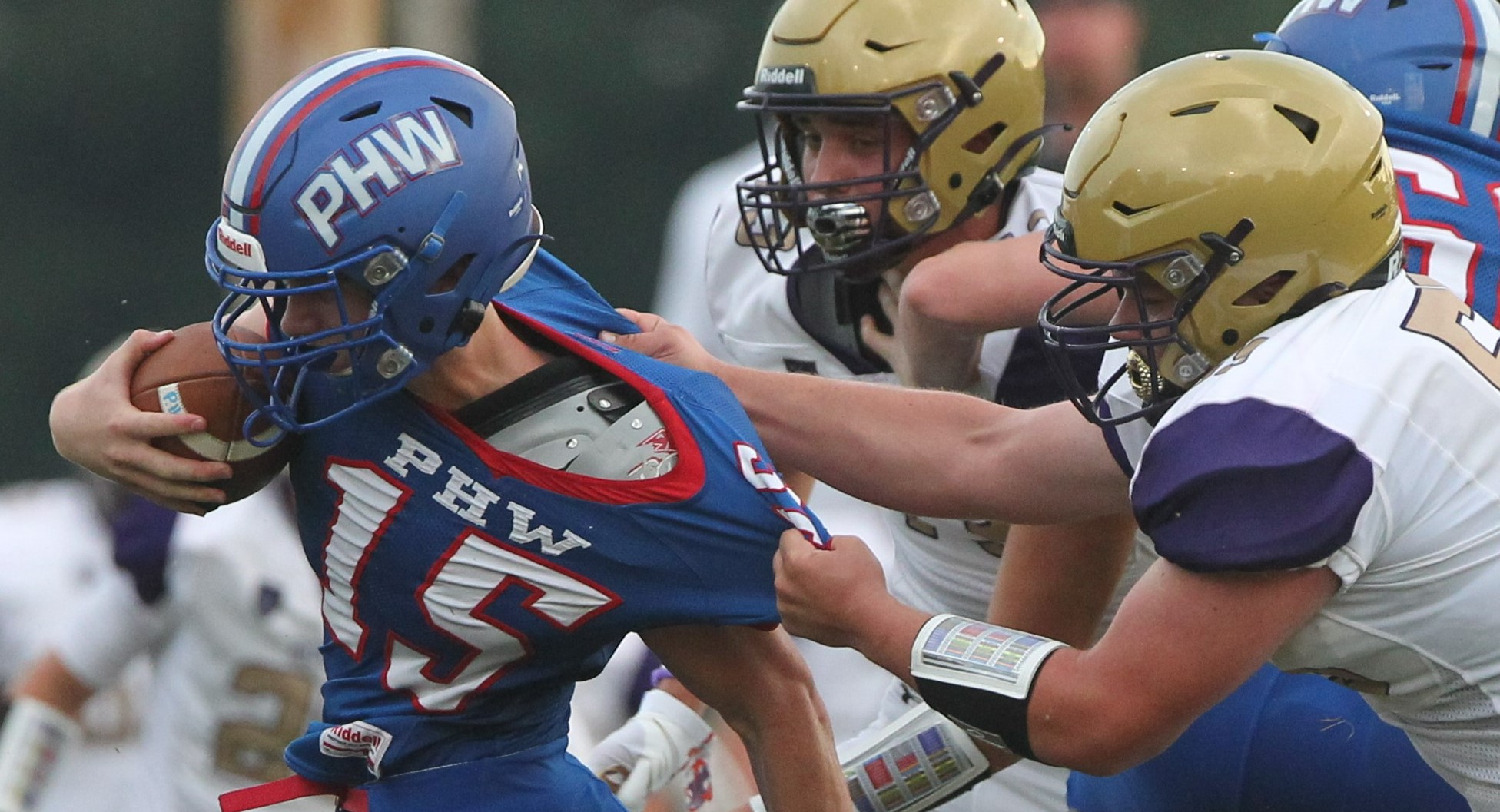 You don’t have to look far down the stat sheet to see just how dominant Routt’s football team were in a 54-0 win over Pleasant Hill last Saturday night.

“Everyone played to the best of their abilities and it was a good first game,” Routt coach Barry Creviston said this week. “It was a good test to see how good we were going to be, and I was very happy with the way we played.”

Quarterback Kohen Hoots had a standout game, completing 13 of 17 passes for 208 yards. He threw for five touchdowns and rushed for one.

“We need him to be like this every week – maybe not to this extent, but he needs to be the leader of the team, which he is,” Creviston said. “And he just needs to keep improving every week.”

Hoots has always been an accurate passer. This year his throws have been nearly perfect.

“He’s had some great practices as a team leader,” Creviston said. “He did a great job leading the team through the game. And expectations are high for him. He and I are on the same page, and he just wants to improve every game.

“With practice, everything gets better,” said the coach. “He’s been doing this for three and a half years. He spent a lot of time during the summer in camps and he is a good football player. We are delighted to have him on our team.

Routt hosts Carrollton in their home opener on Saturday at the old MacMurray College football ground. Kick-off is at 1 p.m. Creviston said he generally sees the biggest improvement in his teams from Week 1 to Week 2, and he hopes that trend continues.

“I expect it to be a tough and physical match,” said the coach. “It’s going to be nice, sunny and warm, and it’s going to be a battle over who can play through the heat.

“We’re past Game 1,” Creviston said. “We are on Carrollton. It’s been 11 years since we beat Carrollton, so that’s a goal all the kids have. We just have to take them one at a time.