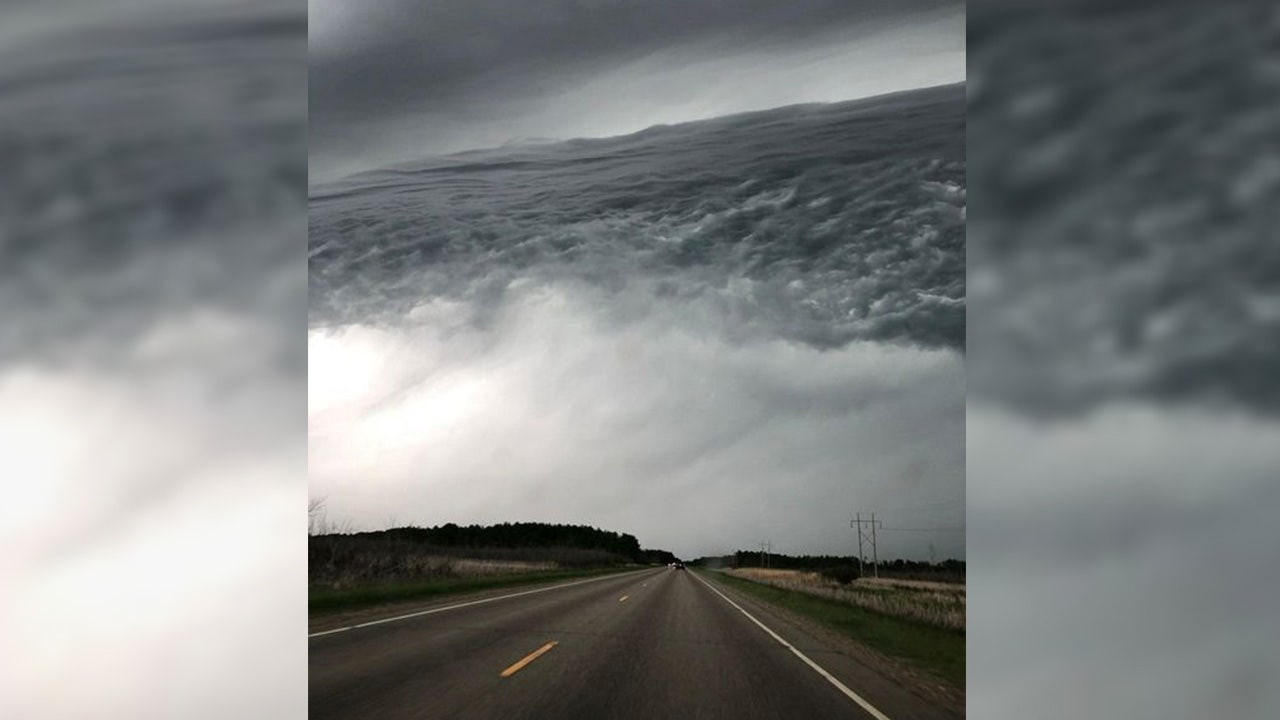 AKELEY, Minn. – A Minnesota woman recently captured an incredible cloud formation that looked like an ocean in the sky in a now-viral photo.

Theresa Birgin Lucus of Bemidji was heading home on Highway 64 after a long week in Rochester when storm clouds started rolling in. In a Facebook post, Theresa explained that her daughter was home and worried about her mother.

“She was freaking out and wanted to know how long until I got home, so I seriously took this photo and said, ‘I’m close to Akeley,'” she wrote.

According to KVRR, Theresa didn’t even look at the picture before she got home and her daughter told her how cool it was!

“Seriously looks like the sky is going to unpack,” Lucas told the outlet.

RELATED: Florida Woman Spots ‘Rainbow of Fire’ in the Sky

She posted it on social media where it immediately went viral. Theresa said she was getting messages from viewers around the world asking her about the stunning image.

“I should give credit to my scared cat girl,” Therese joked on Facebook.

Social media reaction has been mixed, with some wondering if it was photoshopped while others are in awe of the seascape in the sky.

“I was just lucky to be at the right time in the right place. I don’t know why but I was!” Theresa told FOX 35 News.

Theresa said she has since entered the photo into a contest at the Minnesota State Fair.