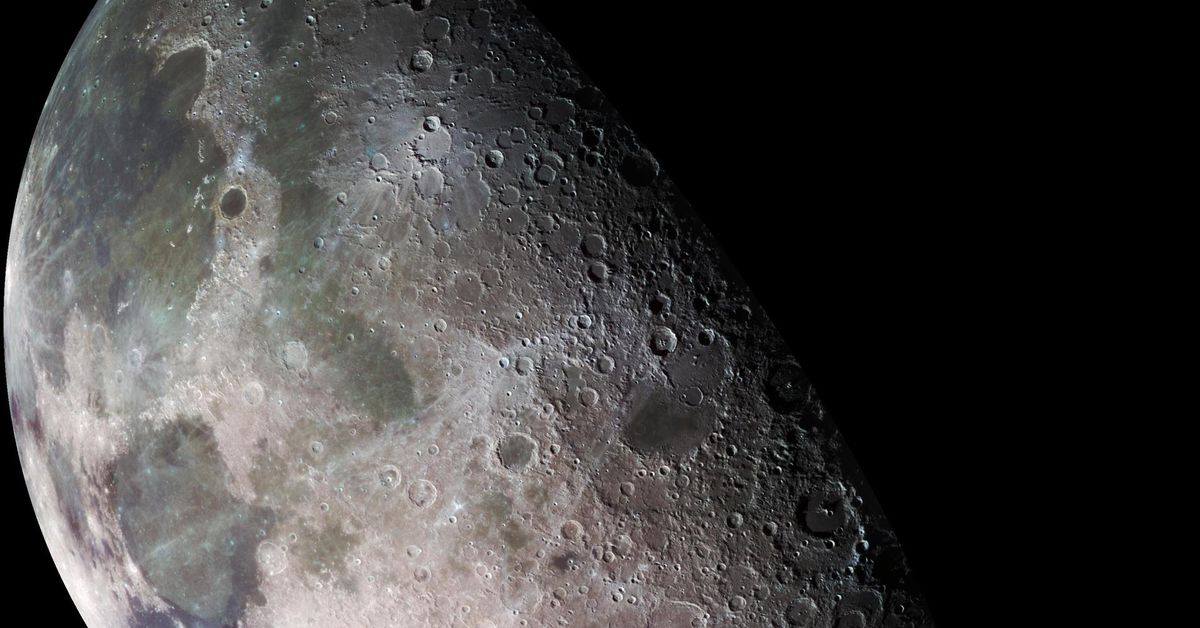 Last month, an astronomer and space tracking expert caused a stir when he predicted that a piece of an old SpaceX Falcon 9 rocket left in space for the past seven years would collide with the Moon in March. But now he’s dramatically changing that prediction. While the part of the rocket he tracked is still on a collision course with the Moon, he now believes the vehicle is not an old Falcon 9 part, but an old Chinese rocket instead.

The update comes from Bill Gray, an astronomer and asteroid tracker running Project Pluto, who has been tracking this doomed object since March 2015. He says the object was first detected by the Catalina Sky Survey, a program that uses telescopes near Tucson, Arizona to scan the skies for potentially hazardous asteroids that could pose a threat to Earth. When the survey found this particular object, other astronomers noticed that it was not orbiting the Sun as asteroids typically do. It was actually orbiting Earth, suggesting the object was man-made and something we put into space ourselves.

“I had pretty good circumstantial evidence for identification, but nothing conclusive.”

A number of clues made Gray and others think that this object was one of SpaceX’s rockets. Specifically, they believed it was the upper part of a Falcon 9 that launched in February 2015, placing a valuable satellite called DSCOVR into very high orbit for the National Oceanic and Atmospheric Administration. This rocket would have gone to very high altitude to bring the satellite to its destination, and this newly observed object had apparently passed by the Moon two days after the launch of the DSCOVR mission. Given these details and other characteristics of the object, Gray and others were pretty confident that the mystery junk was part of the Falcon 9 rocket that launched DSCOVR.

However, Gray admits that identifying objects like this isn’t always as strong as we’d like. “I had pretty good circumstantial evidence for identification, but nothing conclusive,” Gray wrote in a new blog post, first reported by Ars-Technica.

Now, this particular object has gotten a ton of attention, ever since Gray first predicted in January that the deep-space object would collide with the Moon on March 4. But after taking a closer look at the object’s history and getting new details from NASA, Gray is pretty confident that this object is a remnant of a Chinese rocket, specifically a Long March 3C that launched the mission. Chinese Chang’e 5-T1 for the moon. This flight was a precursor mission that sent a capsule to loop around the Moon and back to Earth, to test the technology China would use to bring samples of lunar dirt back to our planet.

Gray says he became aware of the case of mistaken identity when he received an email from someone at NASA’s Jet Propulsion Laboratory who tracks active space missions. JPL has its own tracking system, and the JPL employee argued that Falcon 9 was unlikely to pass close to the Moon two days after the DSCOVR launch. “He happened to think, ‘Wait a minute. I don’t remember going past the moon,” Gray says. The edge. “That led him to dig into the historical data of where DSCOVR actually went.” Based on the trajectory of this mission, the Falcon 9 would have been entirely in another part of space when this object flew by the Moon.

“I think we can say we have a very strong chain of evidence for this.”

So Gray went back in time to see if there were any other launches that might fit the bill for this item. It was then that he discovered the Chang’e 5-T1 mission, launched in October 2014. After piecing together the mission’s likely orbit and trajectory, he realized that the rocket Long March 3C that started the mission was now best suited for this mission. mystery object.

“I think we can say we have a very strong chain of evidence,” Gray says. “Returning to orbit to launch the Chinese spacecraft makes perfect sense. It ends with an orbit passing in front of the Moon at the right time after launch.”

Despite the confusion over the object’s identity, Gray says it’s just more evidence that we need more information about these rocket boosters going into deep space. As Gray argues, the general attitude some people have toward these types of objects is that we don’t need to pay attention to them once they’re in space, because they’re so far away in orbit. At present, no official entity systematically tracks the remnants of rockets like this that enter deep space trajectories. “The only people I know who pay attention to these old rocket boosters are the asteroid tracking community,” he says.

Ultimately, Gray says it would be best if those launching deep space rockets reported the last known location of their vehicles, to make it easier to track and identify lost parts. Of course, China is notorious for releasing very little information about its space missions. “That sort of thing would be considerably easier if people who launch spacecraft — if there was a regulatory environment where they had to report something,” Gray says. “But as things stand, it’s still a certain amount of detective work that’s needed to figure these things out.”