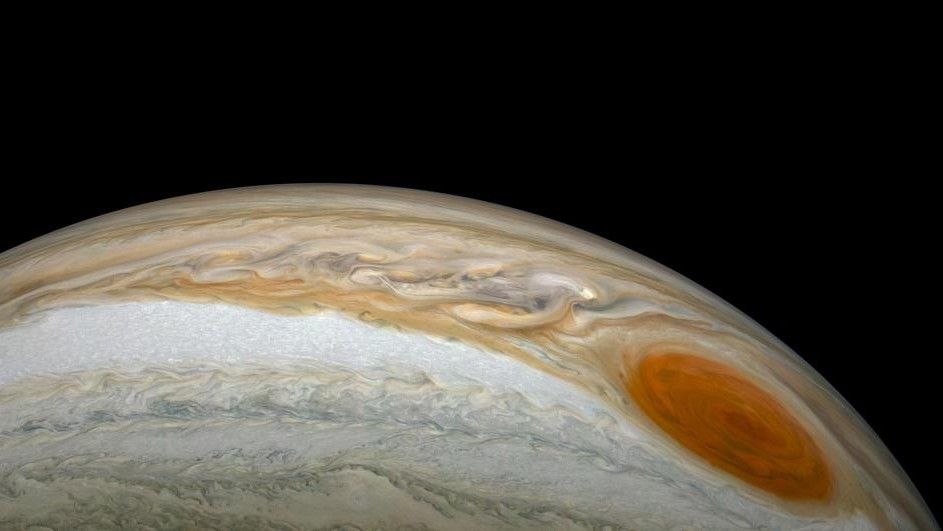 A meteor passes through Jupiter’s atmosphere as NASA spacecraft watches

When a rogue meteor passed through the atmosphere of Jupiter last year it caught the eye of NASA’s Juno spacecraft orbiting the giant planet.

The brief and sudden flash in Jupiter’s upper atmosphere was spotted by NASA Juno spacecraft in April 2020. But, although the burst of light did not last long, it caught the attention of scientists because its spectral characteristics did not match what one would expect in Jupiter dawnthe Juno mission team announced this month.

So what caused the Jovian Disruption? Scientists believe it was a meteor.

Related: Jupiter hit by another space rock in rare views from Japanese skywatchers

The event was observed by Juno’s Ultraviolet Spectrograph (UVS), an instrument that studies ultraviolet light, focusing specifically on Jupiter’s auroras and looking for gases like hydrogen in its observations. Investigating the flash, researchers believe the length of the light burst and the observed UVS spectrum align with the event being the result of a meteor in the planet’s atmosphere, according to a Juno mission update on March 1.

The mission team estimates that the meteor passing through Jupiter’s upper atmosphere probably weighed between 550 and 11,000 pounds (250 to 5,000 kilograms).

But this isn’t the first time researchers have spotted space rocks in the Jovian atmosphere. In fact, in September and October 2021, two different asteroids were spotted speeding towards the planet just a month apart.

While closer observations by instruments like UVS can give scientists more information and allow them to confirm a sighting like this, Jovian fireballs can be spotted by small telescopes from the ground on Earth. In 2021, skywatchers in japan were able to photograph a flash of lightning in Jupiter’s atmosphere, observations that were later confirmed to be a meteor by a research team.

“These fireballs are very rare, they are very difficult to observe by chance,” said Ricardo Hueso, an astronomer at the University of the Basque Country in Spain who studied the sightings. told Space.com in 2021 on the two sightings of space rocks. “This year has been exceptional because normally we discover one of these impacts approximately every two years.”

While it’s unlikely to see such frequent meteor flybys on Jupiter, the planet’s powerful gravitational pull makes it a likely target for meteor impacts. Jupiter’s immense size has made it the planet with the most gravity in the entire solar system, and its gravitational tug easily pulls small objects like asteroids into its atmosphere.

NASA’s Juno spacecraft, which entered Jupiter’s orbit in 2016, continues to monitor the planet, studying the gas giant in detail. The probe continues to reveal new information about the atmosphere, weather, evolution and history of planet formation and more.

“Each new observation helps limit the overall impact rate, an important part of understanding the composition of the planet,” the Juno mission team said. written in update.

Health Beat: A better treatment for ovarian cancer, thanks to the Sonic Hedgehog gene? | health beat