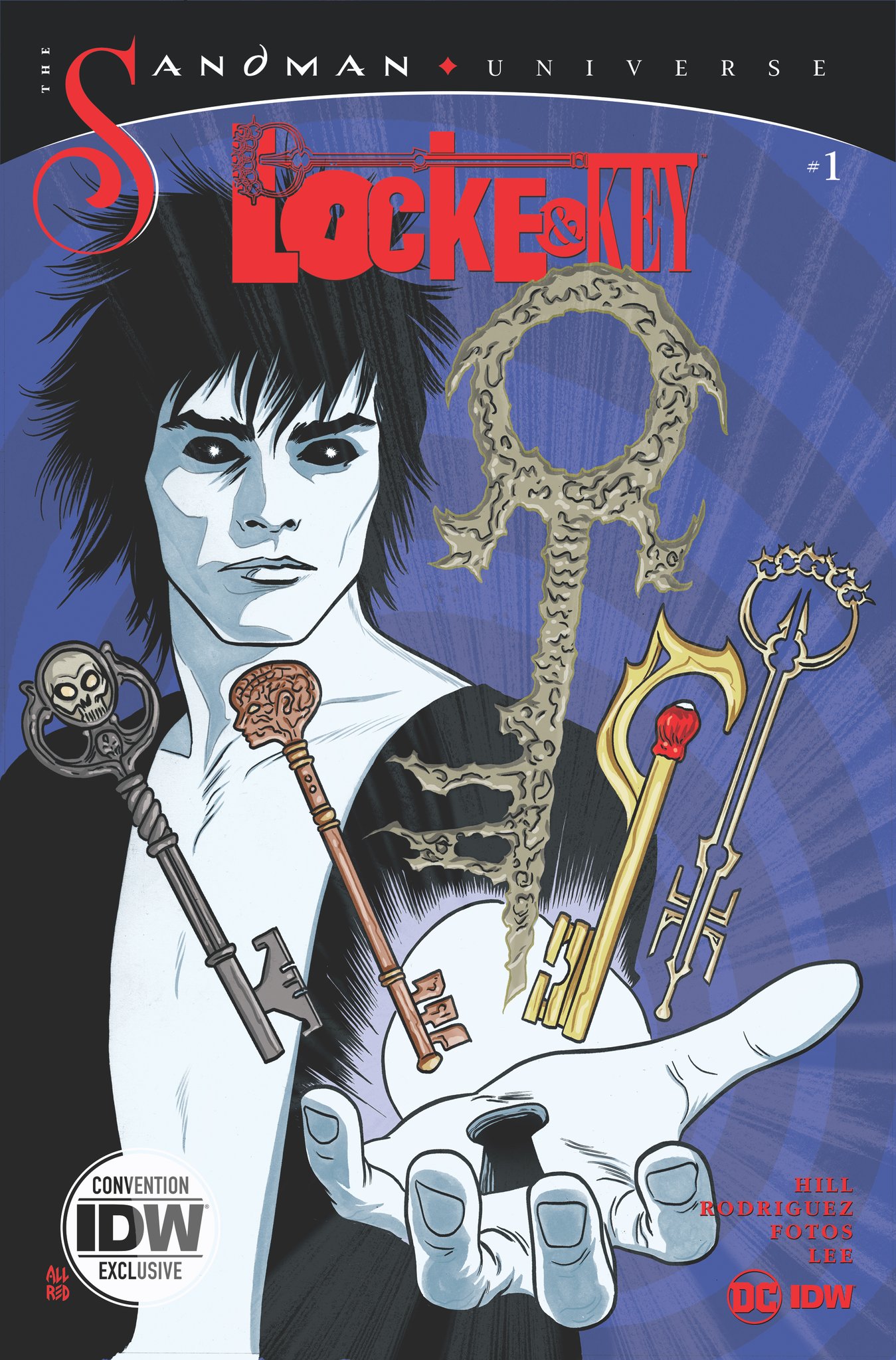 Get IDW exclusives starting Friday July 23 through their site.

For now, here’s a look at the 2021 SDCC exclusives from IDW:

If you think you can unlock the gates of Hell and just invite yourself in, you must be dreaming! The epic crossover between two of comic book’s most beloved fantasy universes begins here. John “Jack” Locke has been dead ten years, but that hasn’t stopped him from occasionally posting a letter home … from Hell. Now Mary Locke will do anything to save her brother’s soul. His quest to save him from the Pit will require him to outsmart Roderick Burgess (England’s most evil man), fight his way through the House of Mystery, and risk the traveling nightmare known as of The Corinthian in a disintegrating dream realm!

Fan favorite CANTO keep going! The little heart-seeking mechanical knight has regained the freedom of his people and saved them from the curse of the Shrouded Man, but is he ready to face his foe on the battlefield? After making the ultimate sacrifice, Canto carries a weapon that could defeat the Shrouded Man and free all the inhabitants of the unnamed world. Now he’s rushing to find a hidden colony of his former slavers to enlist them as allies in the coming war. In other words, if the Shrouded Man doesn’t find them first … 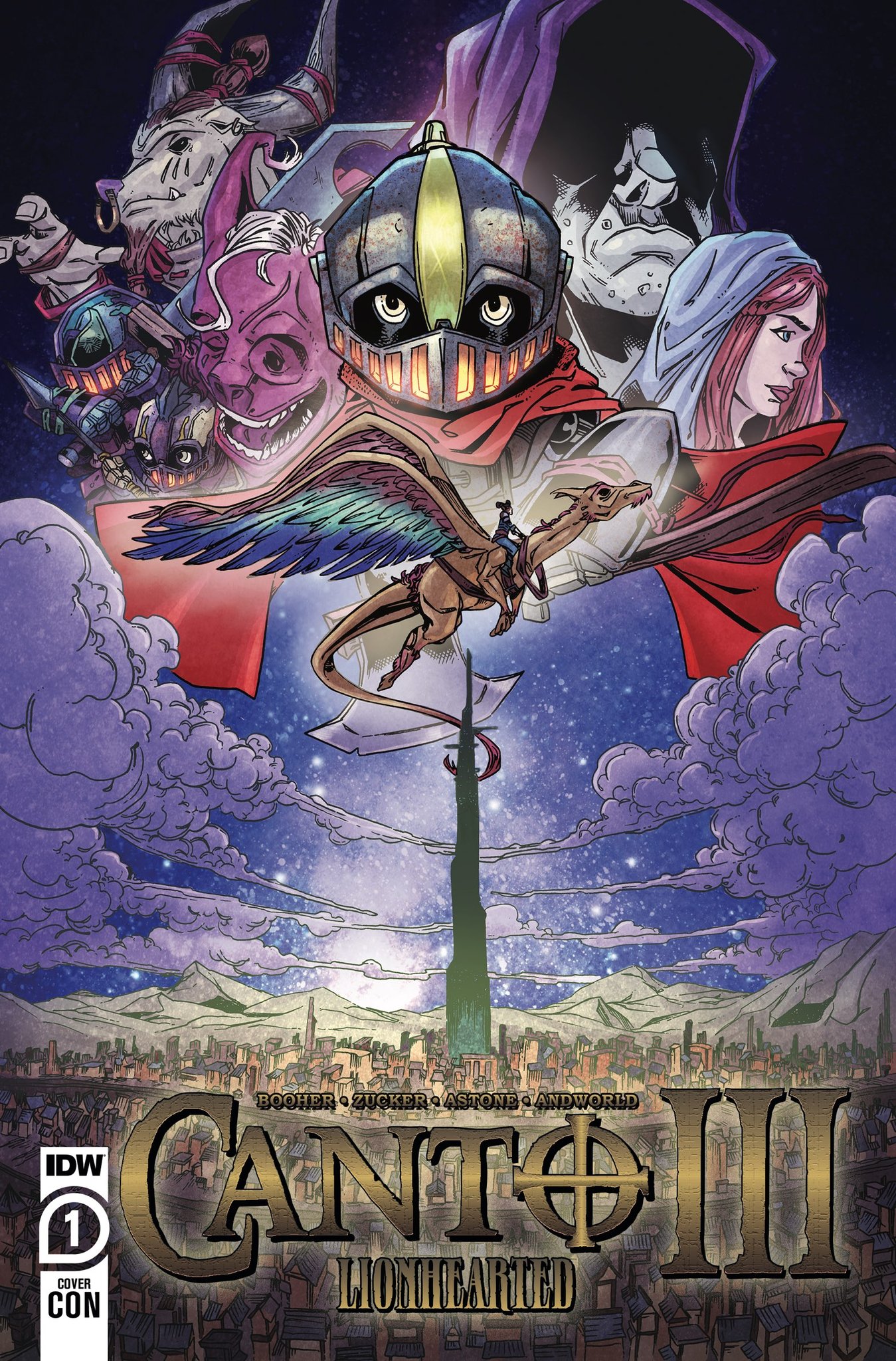 As the galaxy prepares for its Republic Fair, Qort and Farzala leave their Padawan friends to join the effort to fight the dreaded Drengir, in this first issue of a two-part adventure! Writer Daniel José Older, best-selling author of Star Wars: Last Shot, and artist Harvey Tolibao bring IDW into The High Republic, a massive publishing crossover spanning comics and prose! 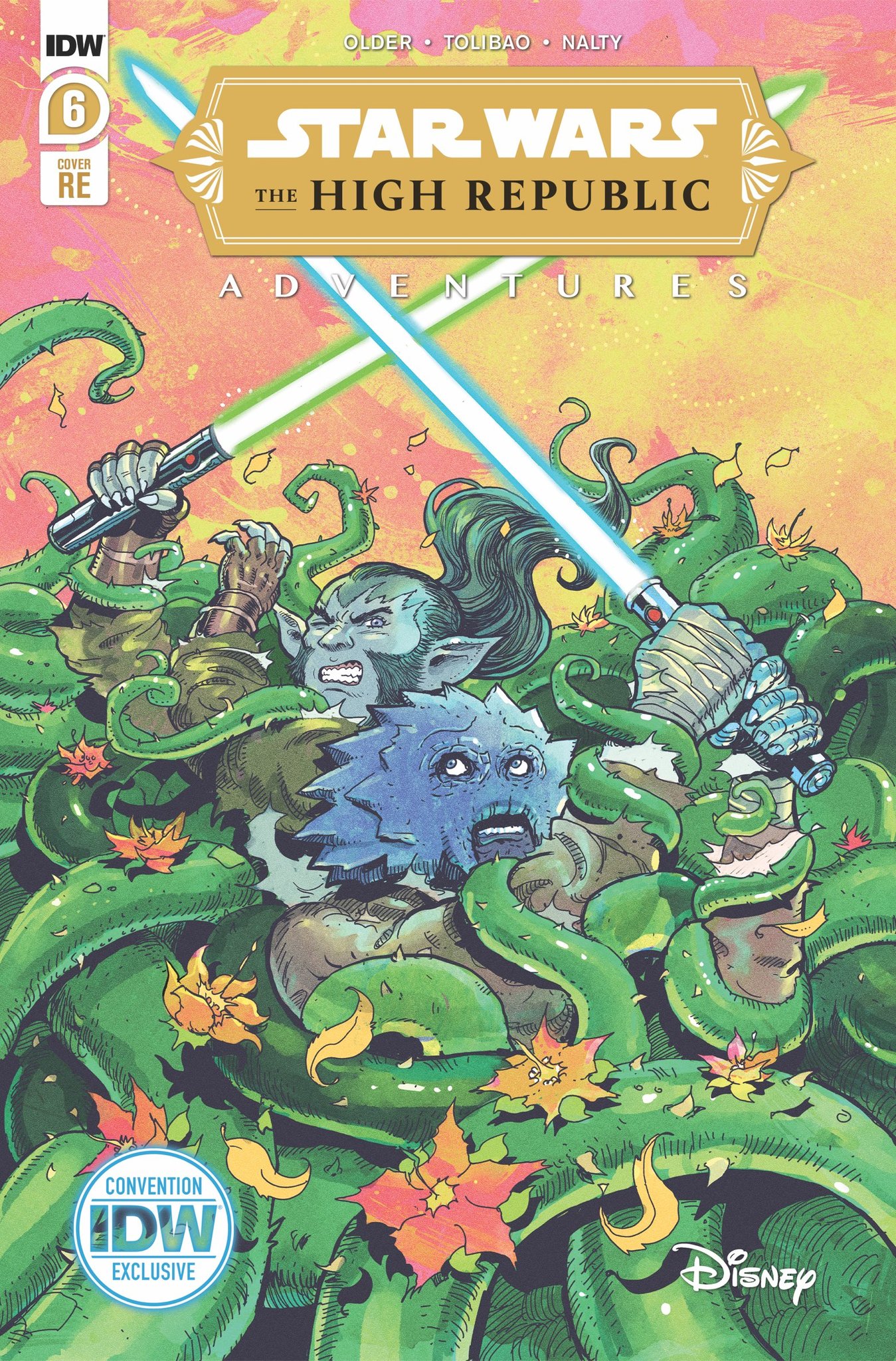 Rainbow Dash, Spitfire, Celaeno, Lyra and Bon Bon find themselves in the Bird Kingdom, where old friendships are put to the test and a mysterious new enemy lurks in the shadows… who are the Knights of Harmony? ! 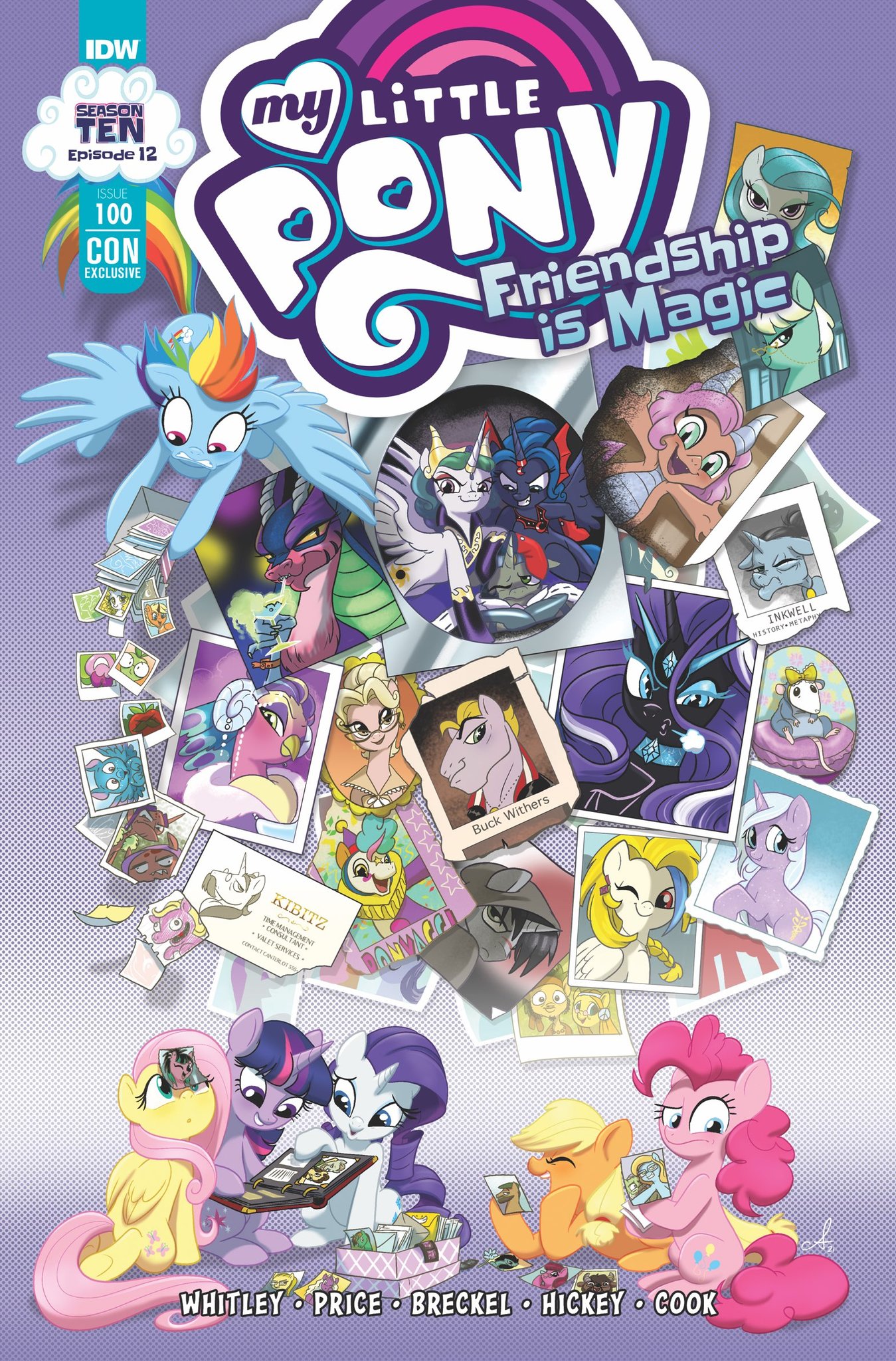 For millennia, the Pantheon family have played a deadly game of chess with humanity, willingly sacrificing the innocent and guilty in their twisted quest for victory. But now a family member sees the opportunity to end the Eternal Contest once and for all – a final, overwhelming triumph over his immortal siblings and all humans and mutants. Now is the time for the Rat King to make his most chaotic and destructive moves yet. The time has finally come for… THE ARMAGEDDON GAME! Written by Tom Waltz and illustrated by Casey Maloney, Teenage Mutant Ninja Turtles Annual 2021 is the official prelude to the years of major TMNT event in the works. 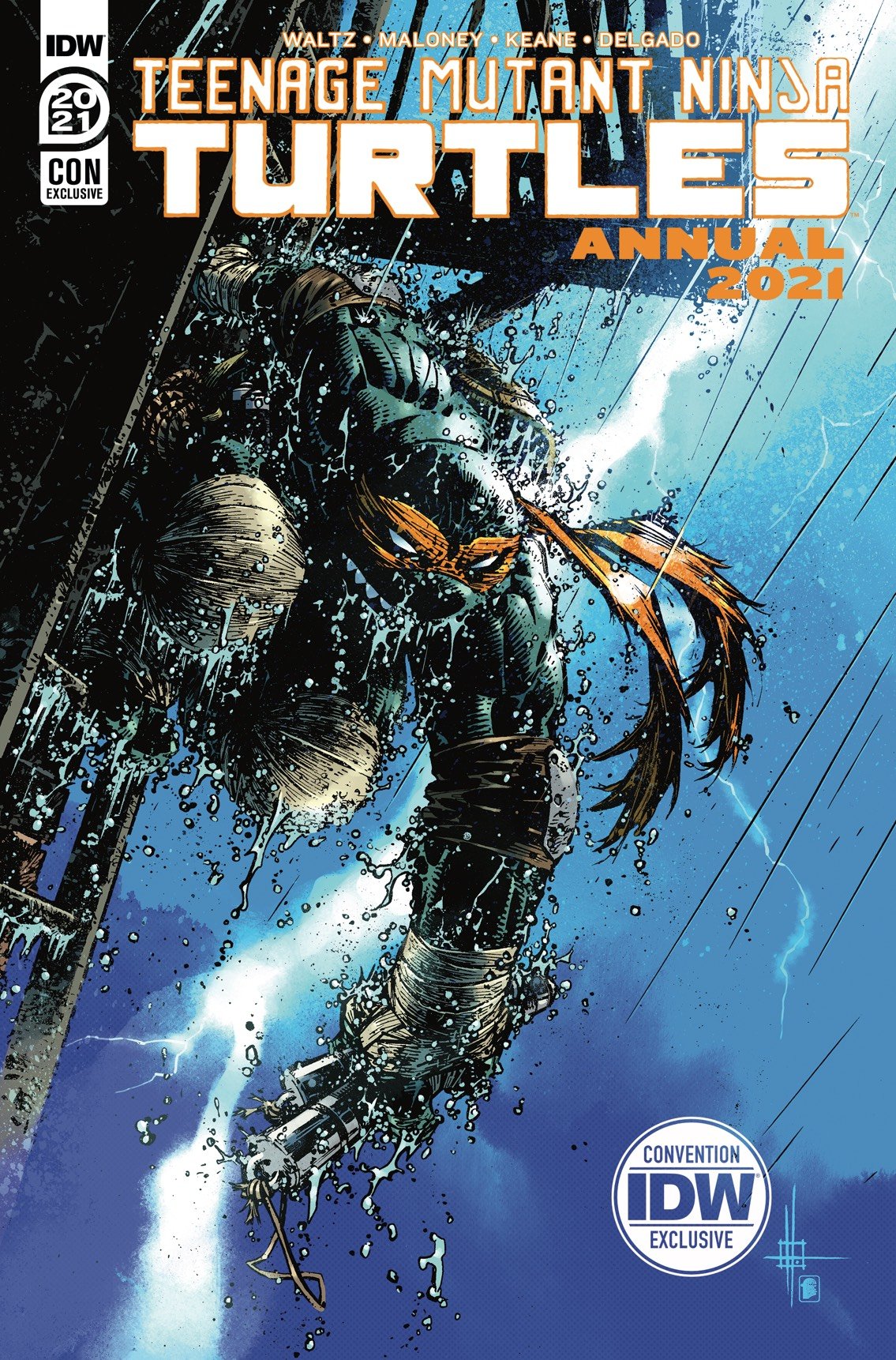 After 30 years of going fast, it’s time for fans to celebrate the fastest hedgehog ever! It’s an amazing birthday party for Sonic the Hedgehog with his first Classic Sonic special! 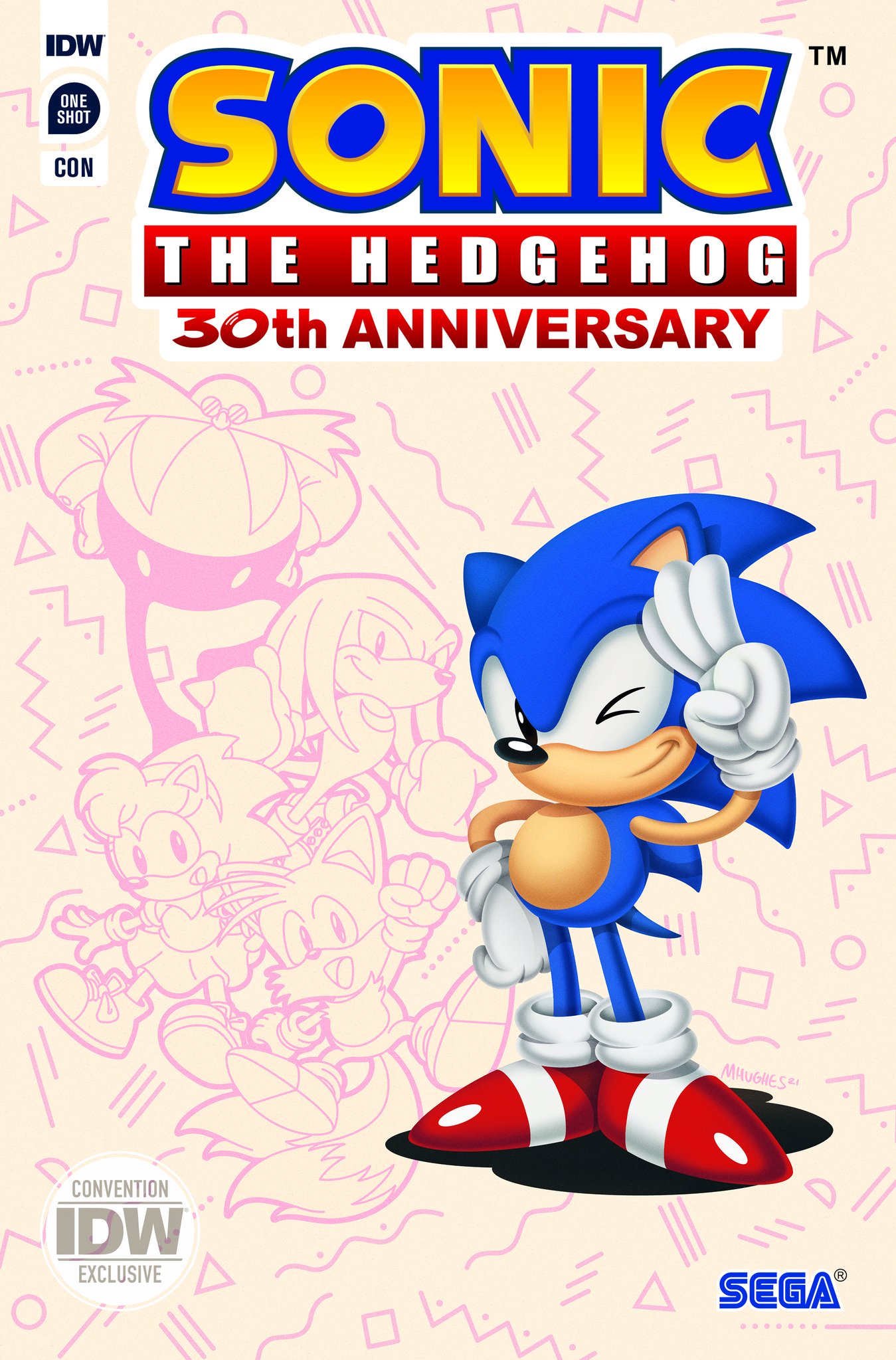 There is a region of the Atlantic Ocean where planes go missing, ships are lost and traveling souls disappear… never to hear about it again. And there is an island within this place, mysterious and unexplored, untouched by time and civilization, where all those who are lost, human or otherwise, end up! Bermuda lives here. She is 16 years old, stunning and living on this crazy and wonderful jungle island – fighting every moment to survive – is the only life she has ever known. She can handle dinosaurs, pirates, mad soldiers, dark magicians, and strange monsters. But the strange newborn baby that washed up on the shore is perhaps the biggest challenge Bermuda has ever faced, as it takes her on a perilous rescue mission that she doesn’t want to be a part of … and he’s likely to kill them both! 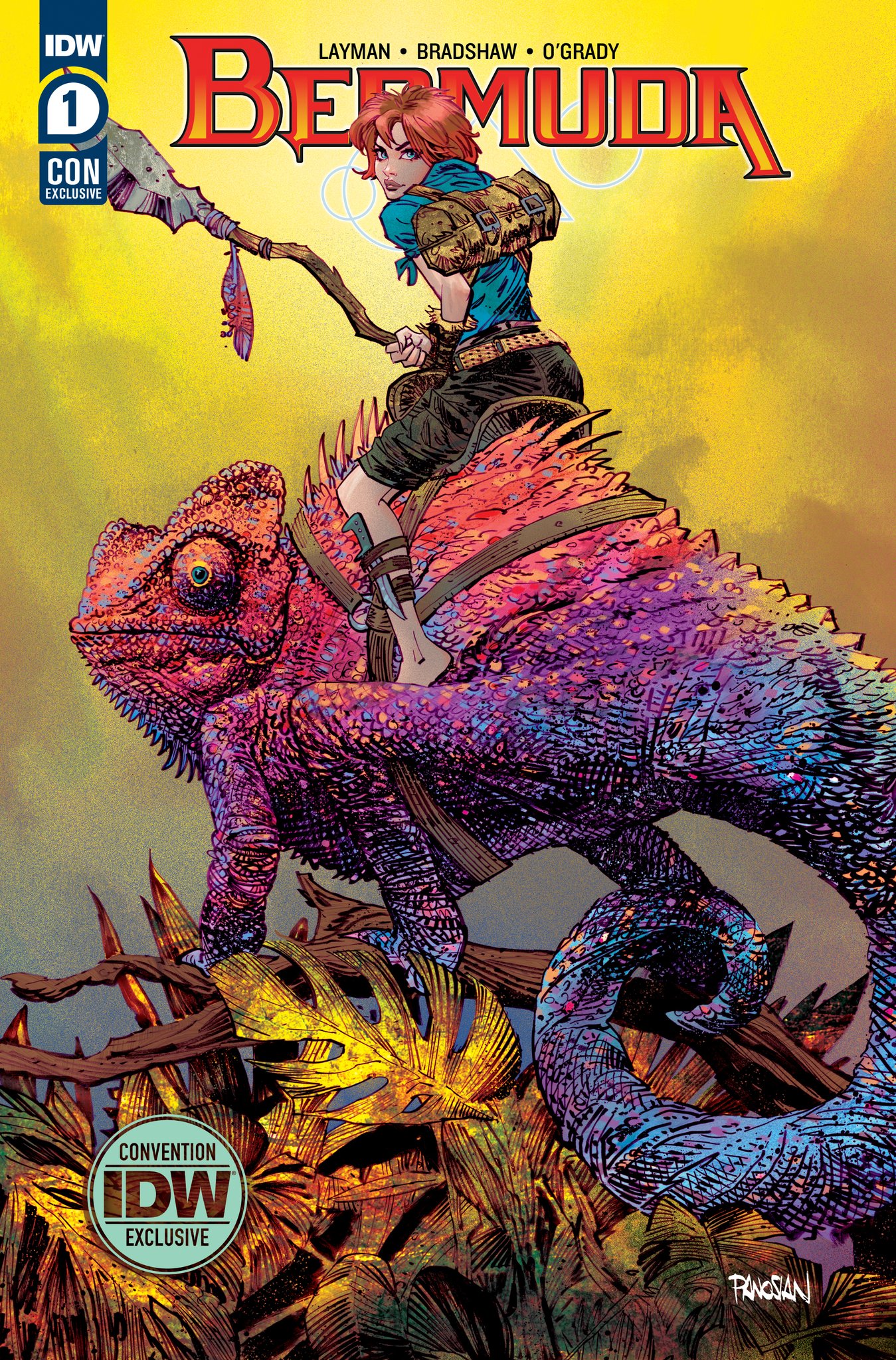 Unexpected allies from the past reveal a possible path to salvation! As the Foot Clan sweeps New York in search of thug Ronin, a last desperate plan in the name of revenge is hatched! Spanning decades, the action and intrigue in this issue will set up the amazing final numbers! 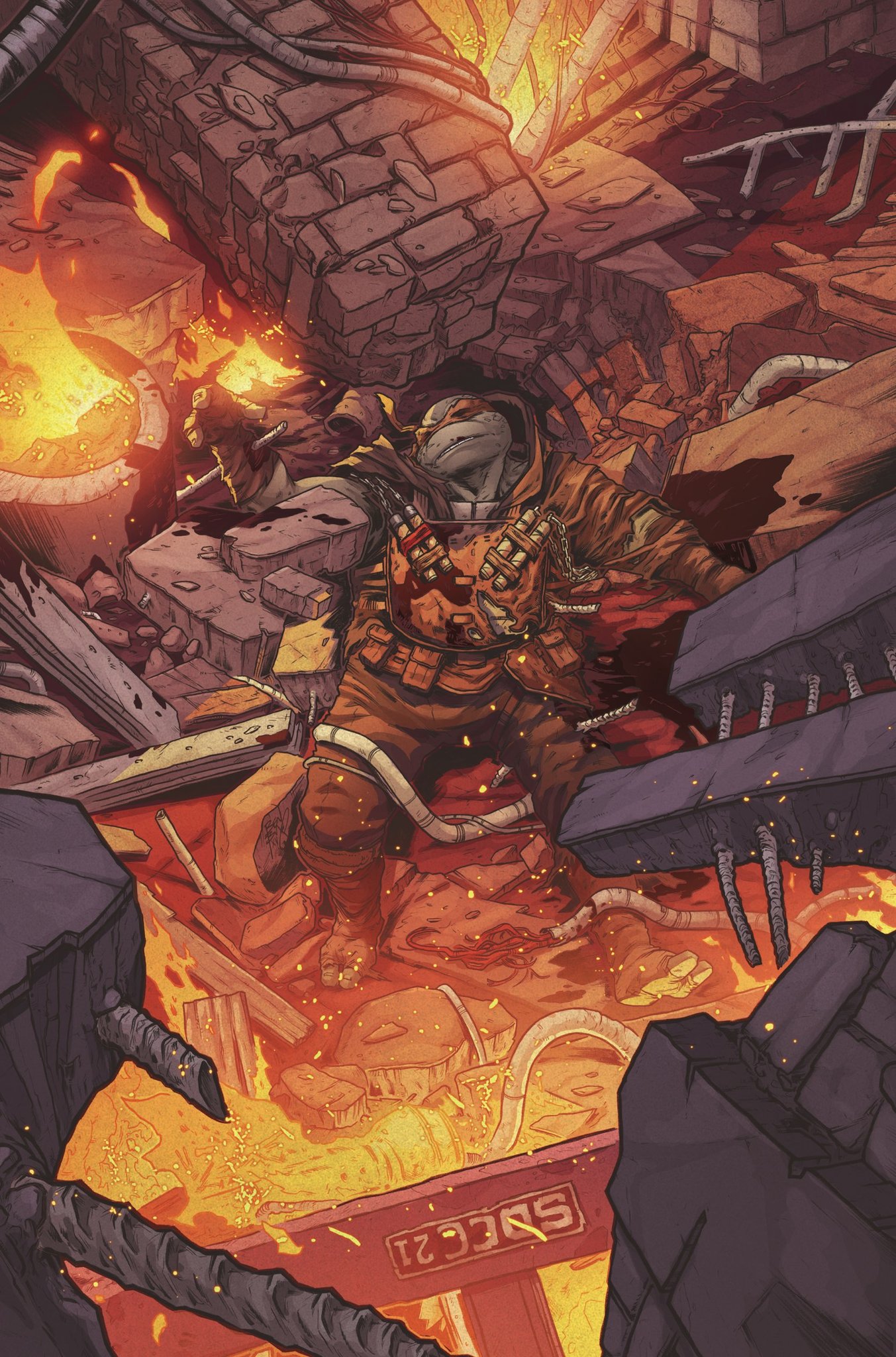 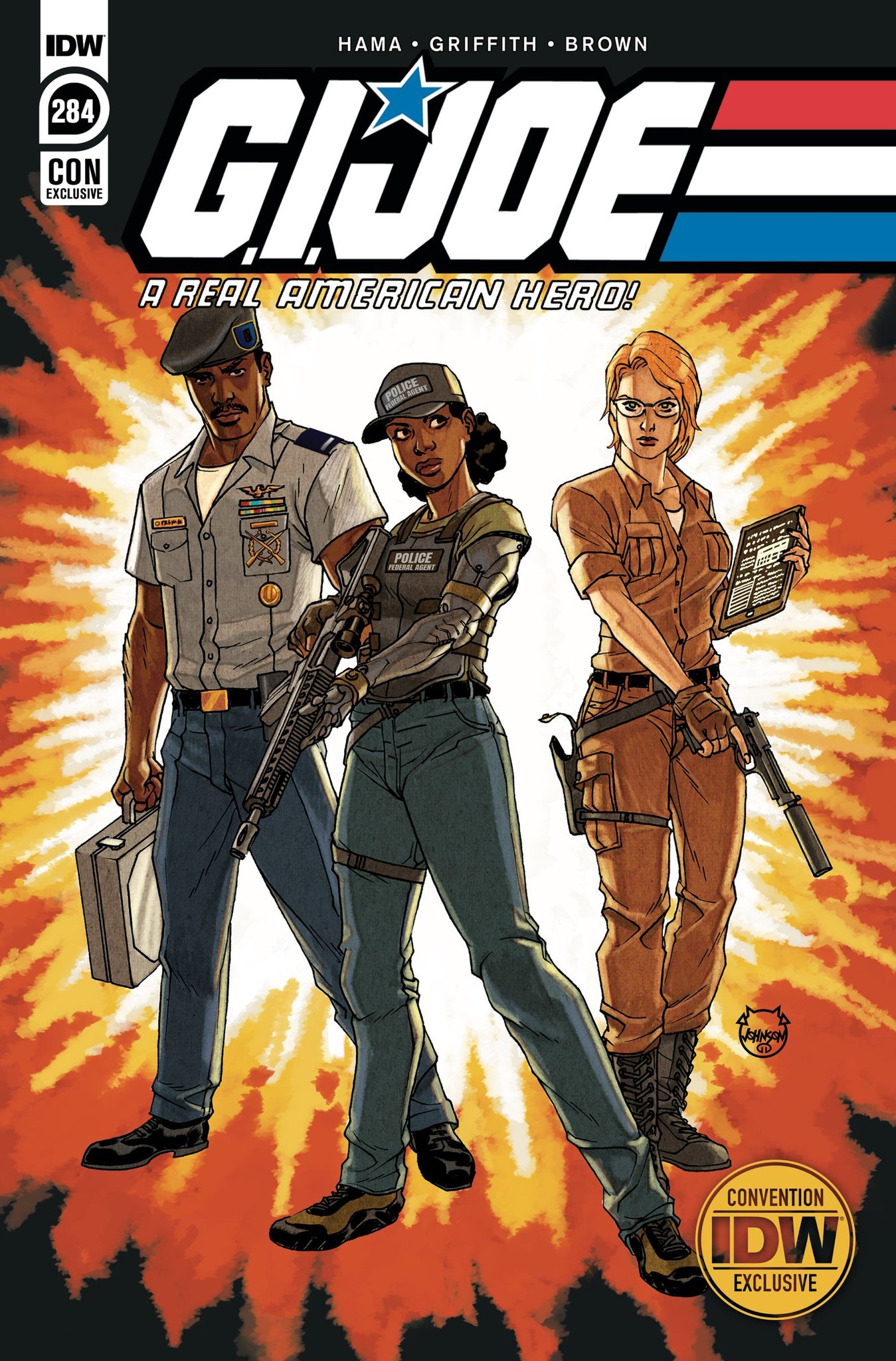 “Murder by assassination” Part 4! Murder, mystery and mayhem as the new JOE continues to investigate Cobra’s chaos. Can she, with the help of special friends, solve the mystery and save the day before it’s too late? The plot thickens as Living Legend Larry Hama and superstar artist Andrew Griffith (Transformers) continue their bombastic tale starring exciting new team member JOE, codenamed SHERLOCK!

Get coverage A and B at a reduced rate! 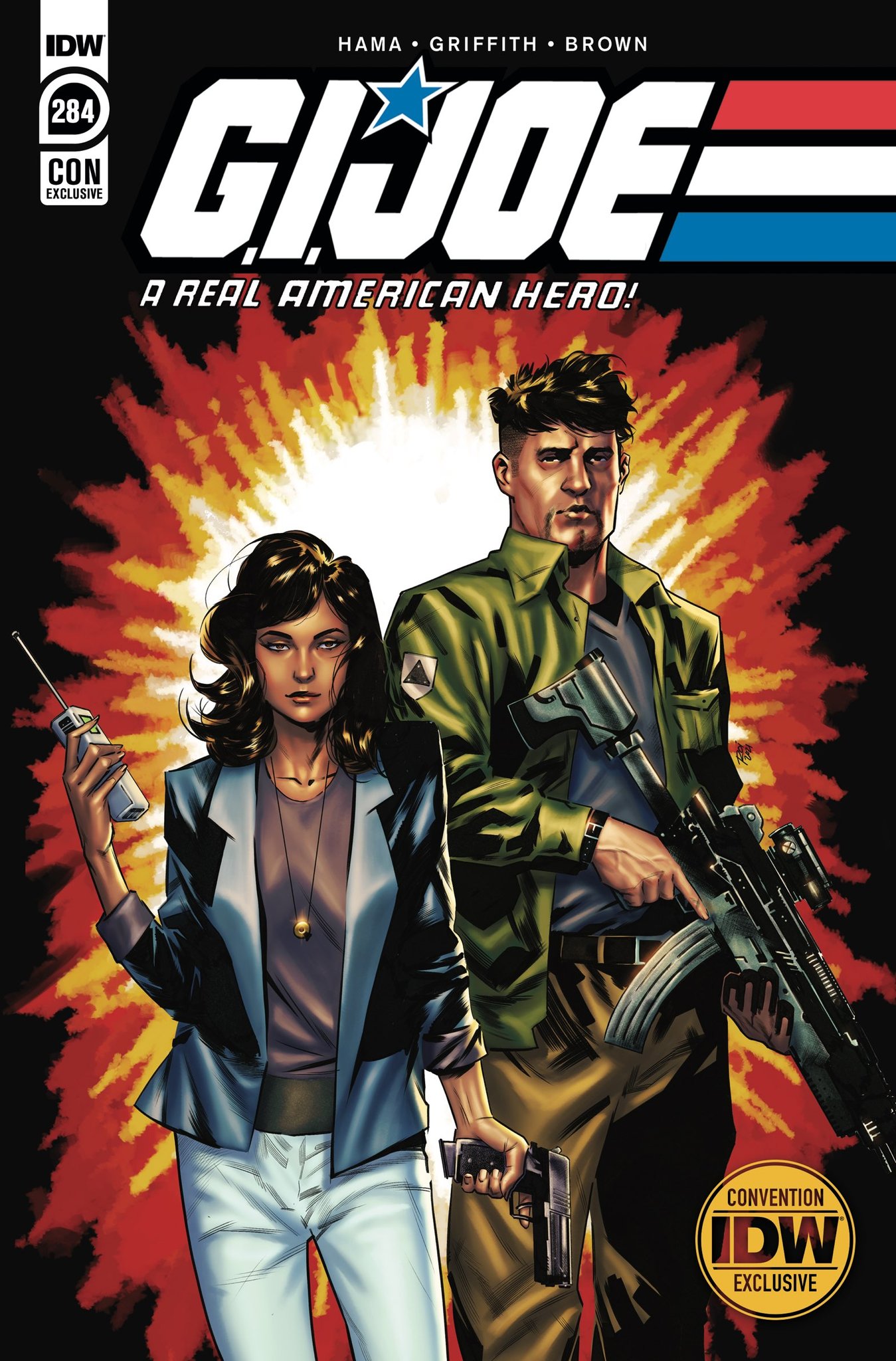